The Birmingham Police Department reports an arrest has been made in connection to a homicide that occurred on Friday, April 24, 2020.

The victim has been identified as
Daryl Eugene Cross (45), B/M, of Birmingham, AL.

At approximately 8:40 p.m., Birmingham Police Department’s East Precinct officers responded to a panic alarm from the Shell Station located at 9425 Parkway East. While in route, the call details were updated to a person shot at the location. Officers arrived and discovered the victim suffering from an apparent gunshot wound. Birmingham Fire and Rescue responded and transported the victim to UAB Hospital. Detectives were later notified by hospital staff that the victim succumb to his injuries.

The preliminary investigation suggest the suspect exited the Shell Station and stood outside. The victim walked up and stood alongside the victim. Shortly after the suspect shot the victim and fled the scene on foot. Detectives have not established a clear motive. The suspect was later apprehended nearby.

The suspect has been identified as
Reginald Bonner (40), B/M, of Birmingham, Alabama.

BPD Homicide Investigators presented the information gathered on the case to the Jefferson County District Attorney’s office for review. Following the assessment of the information, warrants for Murder, Attempted Murder and Certain Persons Forbidden to Possess a Firearm were issued. The suspect is currently in the custody of the Jefferson County Jail with no bond. See attached Mugshot. 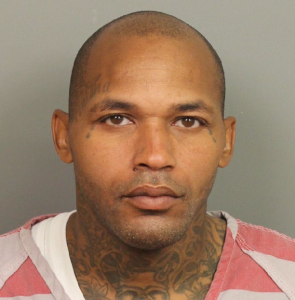