The deceased has been identified as Larry Dejuan Henderson (26), B/M, of Birmingham, Alabama.

According to the Jefferson County Coroner’s medical report the suspect was wounded by Detective Smith’s gunfire; however it was determined that the wound that proved to be fatal was self-inflicted and therefore the manner of death is suicide.

Detective Mikiel Smith has been released from the hospital and is expected to make a full recovery.

The injured BPD Detective has been identified as: Mikiel Smith, (47), B/M. Detective Smith has 19 years of service with the Birmingham Police Department. Detective Smith is assigned to the Investigations Bureau.

The Alabama State Bureau of Investigations will take the lead in this Officer Involved Shooting Investigation. Additional information will be provided as it comes available. 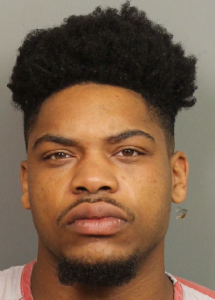