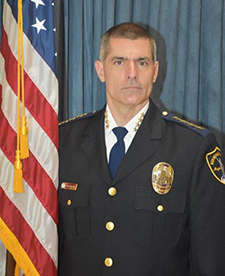 Chief Scott Thurmond joined the Birmingham Police Department in 1998.  His career began in the Patrol Bureau at the North Precinct where he served the Titusville and Smithfield communities from 1999-2005 as a patrolman and Field Training Officer.  In 2005, he was assigned to the Burglary Unit in the Investigative Bureau where he served the citizens of the East Precinct.  Two years later, in 2007, Chief Thurmond was promoted to the rank of sergeant and assigned to the West Precinct Morning Shift in the Patrol Bureau.