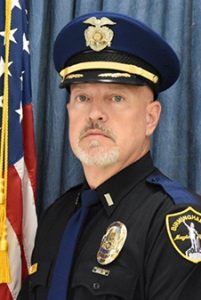 Lieutenant Ron Harless has served for over 15 years within the Department starting his career with Birmingham in 2007. After completing the Academy, he began at South Precinct as a Patrol Officer, and soon thereafter joined the Precinct Task Force before going to the City Wide Task Force.  After 4 years in a patrol capacity, he was assigned as Detective, working in Auto Theft, Robbery, and Homicide before being promoted to the rank of Sergeant in 2018. As a Sergeant over the next 4 years, he spent time at South Precinct, Records, Training, North Precinct, The World Games, Birmingham International Airport.  He was promoted to the rank of Lieutenant in 2022 and is currently assigned as a Shift Commander at North Precinct.