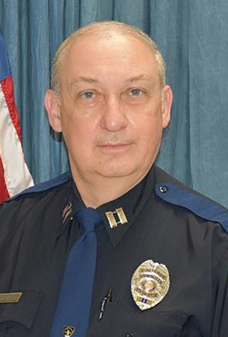 Captain Harry Greenberg is the Crimes Against Persons Division Commander.  After graduating from Birmingham-Southern College, he began his career with the Birmingham Police Department in 1989 as a patrolman assigned to the North Precinct. Captain Greenberg has over 31 years of law enforcement experience with the department and has held numerous assignments throughout his career.  In 1995, he was reassigned to the Detective Bureau and has over 15 years of investigative experience, which includes assignments in the Burglary Division, White Collar Crime Unit, Internal Affairs Division and Homicide Division.

He has also been a licensed State of Alabama polygraph examiner since 2005 and conducts criminal, administrative and pre-employment polygraph examinations. Other assignments have included being assigned to the South Precinct as a shift commander in 2008, followed by being assigned as the commander of the Crime Scene Unit in 2011.  In 2018, he was assigned to the Deputy Chief’s staff and, while in that position, named as Chief Jail Administrator in 2019.