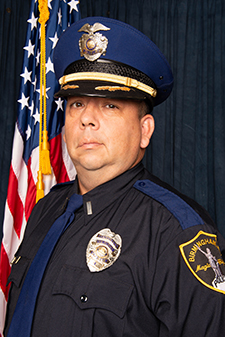 Lieutenant Eric Stisher was born and raised in Birmingham, Alabama. He attended and graduated from Woodlawn High School and has an Associate Degree in Criminal Justice from Jefferson State Community College.

Lieutenant Stisher was promoted to Sergeant in 2015 and was assigned as a Morning Shift Sergeant at East Precinct. He was then transferred to the Birmingham Police Academy in 2018 as the Training Sergeant.