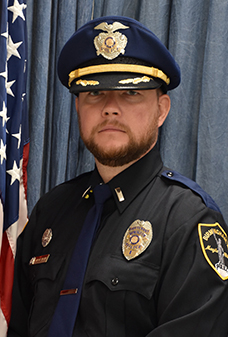 Lieutenant Field Morton began his law enforcement career with the Birmingham Police Department in 2004. After successfully completing the Police Academy, he was assigned to the West Precinct. During his time there, he served as a utility officer, beat officer, and task force officer. In May 2009, he became an original member of the Crime Reduction Team and worked with the United States Marshals Fugitive Task Force serving high-risk arrest warrants throughout the region. In July 2011, he was reassigned to the Homicide Unit as a detective, where he remained until October of 2015 when he was promoted to the rank of Sergeant. After promotion, he worked as a district supervisor in West Precinct where he served the city’s west side by organizing and implementing crime fighting tactics to reduce violent crime and improve the quality of life for the citizens. In April of 2018, Lieutenant Morton was reassigned to the Detective Bureau to assist in the creation and activation of the Felony Assault Unit. In addition to this, Lt. Morton created the evening shift detective program and a shooting task force. In January of 2021, Lieutenant Morton was promoted to the rank of Lieutenant and was reassigned as the North Precinct A-shift commander. In June 2022, Lieutenant Morton served as the Deputy Operations Section Chief to oversee numerous branches for the 2022 World Games. After the completion of the 2022 World Games, Lieutenant Morton was selected to command the Robbery/Homicide Section.

Lieutenant Field Morton has also served on the department’s Honor Guard, as well as a being a guest instructor for defensive tactics, defensive driving, and firearms tactics.

During his career, Lt. Morton has enjoyed multiple assignments include patrol operations, investigations, and administrative roles.  He continues to pursue higher learning by often attending training in many law enforcement areas with a strength in leadership.

Lieutenant Morton is married and has three children.  He enjoys travelling and remains active with The Church of the Highlands.