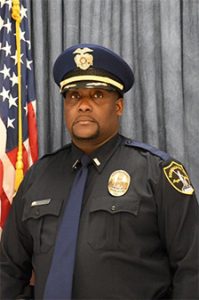 In 2009, he was selected to become a member of the Crime Reduction Team (CRT) and U.S. Marshals Gulf Coast Regional Fugitive Task Force. During this assignment, Lieutenant Foster worked with various federal and state agencies to reduce violent crime in and around the City of Birmingham, the state of Alabama and the US Southeast Region. Lieutenant Foster has worked numerous drug, fugitive, and surveillance operations and served in leadership roles within the Birmingham Police Department.

Lieutenant Foster was born and raised in Birmingham, AL. He is a graduate of Wenonah High School and earned a Bachelor of Science Degree in Criminal Justice from Oakland City University. He has also completed a variety of leadership and management training courses throughout his career.

In 2022, Lieutenant Foster was promoted to his current rank with Birmingham Police Department and assigned to the Vice/Narcotics Unit.