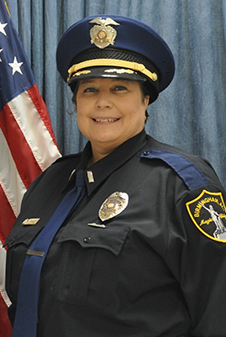 In August 2009, she was assigned to the Crime Scene Unit where she served four years as a Crime Scene Technician.

In August 2013, she was promoted to the rank of Sergeant and assigned to South Precinct. She oversaw evening and morning shift operations and also supervised the South Robbery/Violent Crime Task Force, which played an important role in South Precinct becoming “Precinct of the Year”. While at South Precinct, she was honored to represent the Birmingham Police Department in a “Special Deputation Appointment” during the 2017 Presidential Inauguration.

Snider was later assigned to North Precinct. She supervised field operations on evening and morning shifts and the North Precinct Task Force. In 2019, she was chosen to supervise the City-Wide Task Force that was instrumental in the significant reduction in violent crimes.

From August 2020 through February 2021, she was assigned to West Precinct dayshift and supervised Alpha Shift field operations.

On February 13, 2021, Snider was promoted to the rank of Lieutenant. She is currently serving as the East Precinct Evening Shift Commander.

During her 17 years with the BPD, she has received many commendations and awards. In 2012, she received the Medal of Valor for her search and rescue efforts in the tornado aftermath that occurred in Pratt City, on April 27, 2011.