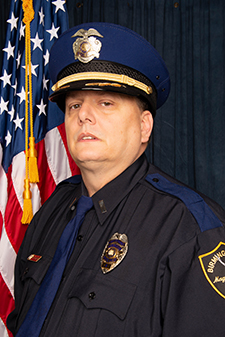 Lieutenant Michael Collins began his Law Enforcement career in the United States Army, where he served with the 287th MP Co. and the 24th MP Co. Lieutenant Collins career with the Birmingham Police Department began on July, 26th 1993. After graduating from the Police Academy he was assigned to the West Precinct where he served for 10 years as a patrol officer.

Lieutenant Collins was then transferred to the department’s Accreditation/Research and Development Unit, where he oversaw the changes for all Department Rules and Regulations and the department’s Taser Program.