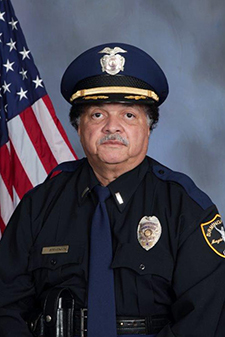 Quinton Stevenson was born and raised in Birmingham Alabama. He attended Alberta Shields Elementary School, George Washington Carver High School and graduated from Carol W. Hayes High School. After graduating from High school, he entered the US Navy and went to Hospital Corpsman School. After leaving the Navy he came home to Birmingham and one year later he entered the US Army after ETS from the Army he attended Lawson State Community College’s Pre Med program where he graduated with an Associate in Applied Science Degree. After graduating from Lawson State, he entered Birmingham Southern College still majoring in Pre Med.

After his calling to the Ministry Quinton studied at the Birmingham Baptist Bible College majoring in Theology. Quinton Stevenson is a licensed and Ordained Minister having served as Associate Minister of the Forty Sixth Street Baptist Church and Assistant Pastor of Mount Zion Baptist Church. Quinton is presently serving as the Pastor of the Gethsemane Baptist Church. He has ministered there for the past 33 years.

Quinton Stevenson has worked numerous assignments in his Thirty Five years with the Birmingham Police Department. As a patrolman he was assigned to South Precinct. After leaving South Precinct he was assigned to Family Services as a Detective, as an instructor for the Police Academy teaching Juvenile Laws/Detention and Juvenile Interviews. He also served on the first Housing Intervention Team known as (HIT).

From the HIT team Lieutenant Stevenson was assigned to the Downtown Business District patrol. He was promoted to rank of Sergeant in December 1992. His first assignment was patrol supervisor at North Precinct. He was assigned to Internal Affairs from 1998 unti1 2005, Addition positions that he held in the department at the rank of sergeant are; supervisor in Family Services, supervisor in Burglary, Court liaison and Patrol Supervisor North Precinct.