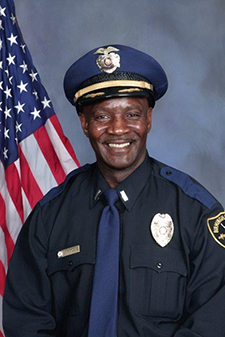 Lieutenant White was promoted to the rank of Lieutenant on July 2, 2011. His first assignment as a lieutenant was South Precinct Morning Shift Commander. He remained in that position until his transfer to Detective Bureau on July 11, 2015. He was assigned to Investigation Operations where he supervises the Auto Theft and Financial Crimes Units until July 20, 2019.  He is currently assigned to North Precinct.  Lieutenant White has nearly 34 years of law enforcement experience.